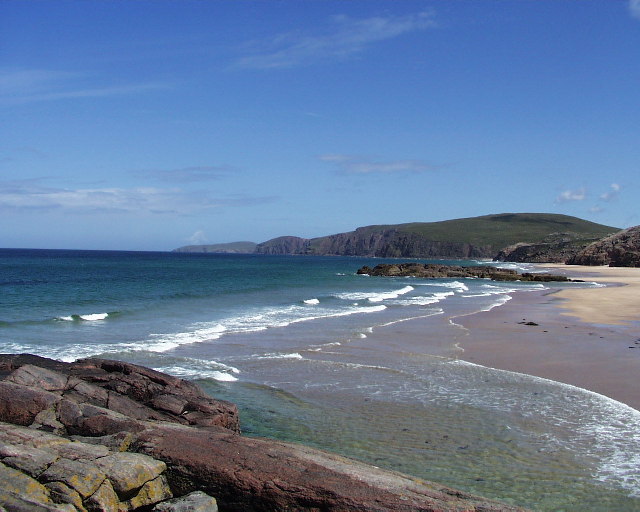 Sandwood Bay is a natural bay in Sutherland, on the far north-west coast of mainland Scotland.

It is best known for its mile-long beach and Am Buachaille, a sea stack, and lies about 5 miles south of Cape Wrath. Behind the bay’s large dunes, stretches Sandwood Loch – a freshwater loch full of brown trout.

Though remote, and with no road access, the bay is easily reached by a 4-mile long, yet well-trodden and fairly flat, path leading from the gravel car park at the hamlet of Blairmore. Sandwood Bay is part of the Sandwood Estate which is run by the John Muir Trust. The beach is considered to be one of the cleanest and most unspoilt beaches in the whole of mainland Britain.